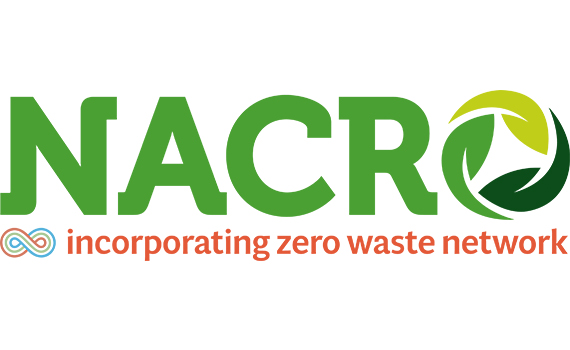 Today, NACRO’s offer to integrate and merge the Zero Waste Network’s assets, services and influence into NACRO was formally completed.

In announcing the integration, Omer Soker, CEO of NACRO said ‘The combined value proposition will scale our influence to uphold trust in, and promote the impact of the charitable reuse, recycling and retail sector as a collaborative and progressive network’.

‘This will unify our sector and put charitable reuse and recycling organisations at the top of the agenda for local, state and federal government. It will improve public perceptions and expand community understanding on reuse and recycling issues, while more effectively serving the needs of both NACRO and Zero Waste Network members,’ said Matt Davis, Chair of NACRO.

Going forward, the not-for-profit association will be marketed as ‘NACRO Integrating Zero Waste Network’ with a combined new logo that is designed to bring everyone together under one banner.

Both associations have much in common. Zero Waste Network was formed in 2009 to serve the needs of not-for-profits and social enterprises engaged in community recycling, reuse projects and waste diversion, including tip shops. While NACRO already represents all of the leading charitable recycling organisations throughout Australia.

The benefits to Zero Waste Members include more effective national representation, a wider range of collaborators and access to NACRO’s membership services, as well as the combined launch of planned new services for members, and the opportunity to put reuse firmly on government radars.

The remit for ‘NACRO Incorporating Zero Waste Network’ is:

Matt Allen, Executive Director of Zero Waste Network added that ‘Collaboration has always been at the heart of what Zero Waste Network does, and this merger ensures that we can move forwards as a strong and united peak body, representing the interests of a thriving community reuse, recycling and retail sector in Australia’.

Zero Waste Network and NACRO members have both enthusiastically welcomed and embraced the new initiative, which has also drawn praise from Government and other stakeholders in the sector.